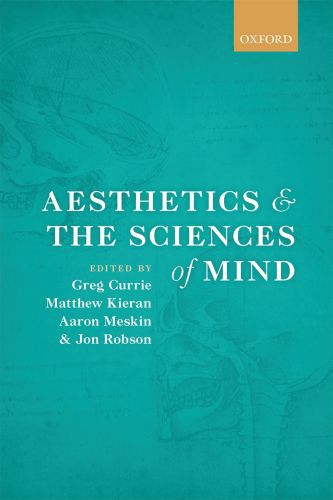 Aesthetics and the Sciences of Mind

Through much of the twentieth century, philosophical thinking about works of art, design, and other aesthetic products has emphasized intuitive and reflective methods, often tied to the idea that philosophy's business is primarily to analyze concepts. This 'philosophy from the armchair' approach contrasts with methods used by psychologists, sociologists, evolutionary thinkers, and others who study the making and reception of the arts empirically. How far should
philosophers be sensitive to the results of these studies? Is their own largely a priori method basically flawed? Are their views on aesthetic value, interpretation, imagination, and the emotions of art to be rethought in the light of best science? The essays in this volume seek answers to these
questions, many through detailed studies of problems traditionally regarded as philosophical but where empirical inquiry seems to be shedding interesting light. No common view is looked for or found in this volume: a number of authors argue that the current enthusiasm for scientific approaches to aesthetics is based on a misunderstanding of the philosophical enterprise and sometimes on misinterpretation of the science; others suggest various ways that philosophy can and should accommodate and
sometimes yield to the empirical approach. The editors provide a substantial introduction which sets the scene historically and conceptually before summarizing the claims and arguments of the essays.